The Enigma of Pelasgians and Etruscans

The Enigma of Pelasgians and Etruscans

Marre nga http://www.thelosttruth.altervista.org/SitoEnglish/pelasgian_etruscan_english.html
The Enigma of Pelasgians and Etruscans

Pelasgians, ancient people, the ancestors of all the Indo-European people, was people whom it knew to illuminate and it taught the culture to Europe, about they it is known little, or better to say nearly null.
The' alphabet of this mysterious people is called Pelasgic since to that civilization laughed them, DIODORUS SICULUS one informs to us that the PreHomeric poets expressed themselves just with that alphabet, and from the same source, we learn that, at least 10 centuries aC. That same writing was used. Moreover Diodorus reports that they were the first to bring theyr alphabet in Italy, as well as the rest of Europe, practicing opportune adaptations and improvements.
Also Pliny the elder confirms the information of Diodorus.
Virgil (Aeneid, VIII, V. 62-63), writes:
“It is sayd that the first dwellers of our Italy were the Pelasgians”.
From the ancient authors we have learned that before the arrival of the Greeks, those territories were known as Pelasgia, the several sources inform to us moreover, than the Greeks they learned from the Pelasgians not only the art of the working of the metals, of the construction of walls, but they learned, perfecting it, their way to write and making their divinity own.
Several populations, species the pelasgic one, have given to the country their name
Pausanias (Arcadia, VIII, 1,4,6) reports:
“The Arcadians tell that Pelasgus was the first born in Arcadia. Since Pelasgus became king, the country was called Pelasgia in his honour”
Pindar (Carminia, Fragmenta Selecta, I, 240) tells:
“Bringing a beautifull gift, the earth made the first human being, the "Divine pelasgus", be born in arcadia, long before making the moon”
Pindar's narration could appear as poetically, or even mythically, inspired, thought long later scientists have proved that the moon is formed by fragments separated from our globe.
Homer mentions the Pelasgians between allied with the Troyans, (Iliad, II, 840-843) and narrates that Achille prayed “PELASGIAN ZEUS OF DODONA” (the Iliad, XVI, 223). Homer also mentions them also like “PEOPLE of Crete”, (Odyssey, XIX, 177).
The Eforo historian reports of a book of Esiodo that attests the tradition of people of the Pelasgians in Arcadia and develops the theory that was people of warriors from a “native land” that annexed and had colonized all the regions of the Greece in which the ancient authors they make signal they, from Dodona to Clay to the fine Triade in Italy, where their very recognizable takeovers are anchor in the time of the Elleni and in are tightened relation with the “Tyrrhenian ones”.
The characteristic structure of the masonry of the citadel of Atene has made that all the constructions in squared blocks and without the use of malta have not had the name, of “pelasgian masonry” exactly as sometimes they are said “walls gigant(ciclopiche in italian language)”, that is constructed from the Pelasgians, those who taught to the Greeks the methods of the constructions, the way to write and the culture.

(a fantastic wiew of Dodona, maybe the center of the Pelasgians)

We could continue to the infinite with citations of the Pelasgians, in order to always finish in any case and that the civilizations in general terms begin with the Pelasgians, but the main question that rises to this point is: They still exist? If yes, who are they today?
Nermin Vlora Falaski, in its book “Linguistic and genetic heredities” (written also in English language), has deciphered to registrations Etruscan and Pelasgic with the today's Albanian language. This would try that the Albanians (Descendants of the Illyrians) are the modern descendants of the Pelasgians, one of most ancient civilizations that lived Europe. Here of continuation we will propose some translations of Falaski.
Therefore, in Italy it exists the locality of the TOSCHI (the Tuscany), therefore as the Toschi lives in the “Toskeria”, in southern Albania.
Note: Many authors support that the Tosk word, or Tok, is the "DHE" synonym, a lot that today in Albanian uses indifferently word "DHE" that that TOK in order to say “earth”.
In Tuscany an ancient city is founded from the Pelasgians, that is Cortona, (Famous is called, in Albanian: COR=harvest, TONA=nostri, that is “our harvests”). 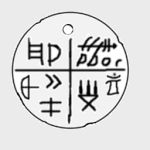 Re: The Enigma of Pelasgians and Etruscans